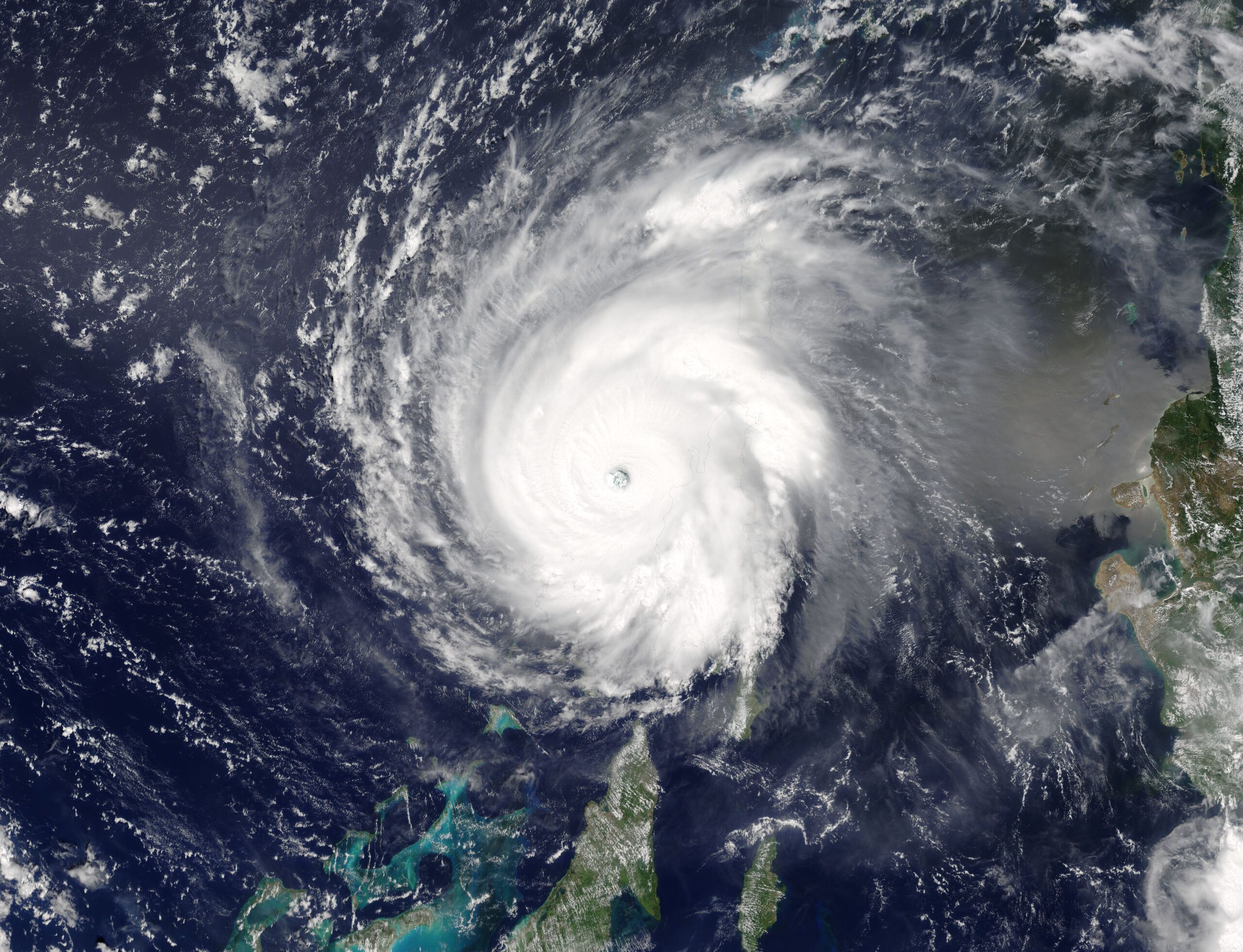 Since the 1980s tropical storms and hurricanes have continued to grow. Records in the decade of 2010 indicate a 50% increase in the intensity of hurricanes in this region. 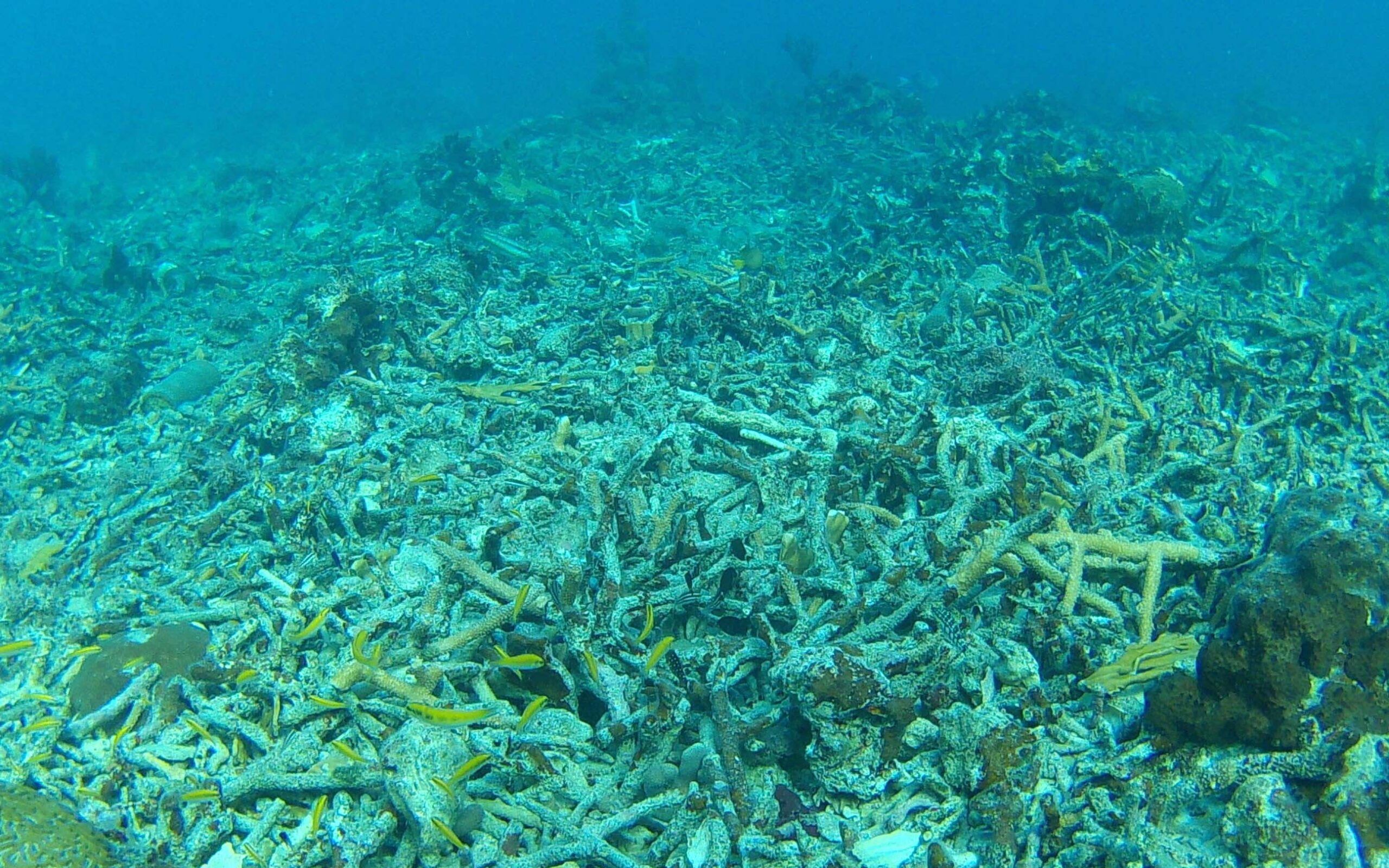 Shallow coral reefs suffer the kinetic damage caused by the force of the hurricane as it passes through coastal areas, resulting in the rupture of their structures.

What is a hurricane?

A hurricane is a storm with rapid formation that originates over an ocean with a temperature of at least 26ºC, which must be sustained. As soon as hurricanes reach land, they lose their energy.

Depending on the region of the planet where it develops, a hurricane can be called a cyclone or typhoon. Hurricanes in the North Atlantic basin (Gulf of Mexico and the Caribbean) originate as storms off the west coast of tropical Africa. The continued increase in the surface temperature of the Atlantic Ocean (SST) is what provokes the increase in frequency and intensity of hurricanes in the Caribbean. In this region, the hurricane season is mainly from the months of June to November.

The intensity of hurricanes is measured by using the Saffir-Simpson scale:

The climatic events of speeds below 119 km/h are known as Tropical Storms (sustained wind speeds of 63-118 km/h) and are recorded, along with hurricanes, with proper names following the letters of the Latin alphabet.

Simulation of the movement of hurricanes and aerosol particles (smoke, dust and sea salt) over the Atlantic Ocean. Visualization made from NASA satellite data combined with mathematical models. By following the sea salt that evaporates from the ocean, you can see the storms of the 2017 hurricane season. Source: NASA Goddard https://svs.gsfc.nasa.gov/12772

Since 1850 records of hurricanes have been kept, allowing to establish, in the North Atlantic, an annual average of 12 named storms, of which 6 were hurricanes. Among these, 3 were hurricanes greater than or equal to Category 3.

The year 2020 registered 30 named storms, 13 hurricanes, 6 of which were equal to or greater than Category 3, a figure well above the annual average if one compares the data. The cyclonic activity of 2020 was so intense that it was necessary to access the Greek alphabet to name the last ten named storms.

What damage do hurricanes leave?

Tropical Storms have also increased greatly in the Caribbean and, despite having less intense winds, accumulate large concentrations of precipitation due to the increasingly hot temperature of the atmosphere, which accumulates more humidity. In coastal mangrove ecosystems, storm and hurricane damage is currently not caused so much by the physical force of the wind (uprooting, defoliation, and tree felling), but by the enormous amounts of rainfall that floods affected areas.

On many occasions, the physical force of the wind blocks and undermines the drainage channels of the mangroves and keeps the areas flooded long enough to kill them.

In the case of marine ecosystems, shallow reefs suffer kinetic damage from hurricanes, resulting in the rupture of coral structures.