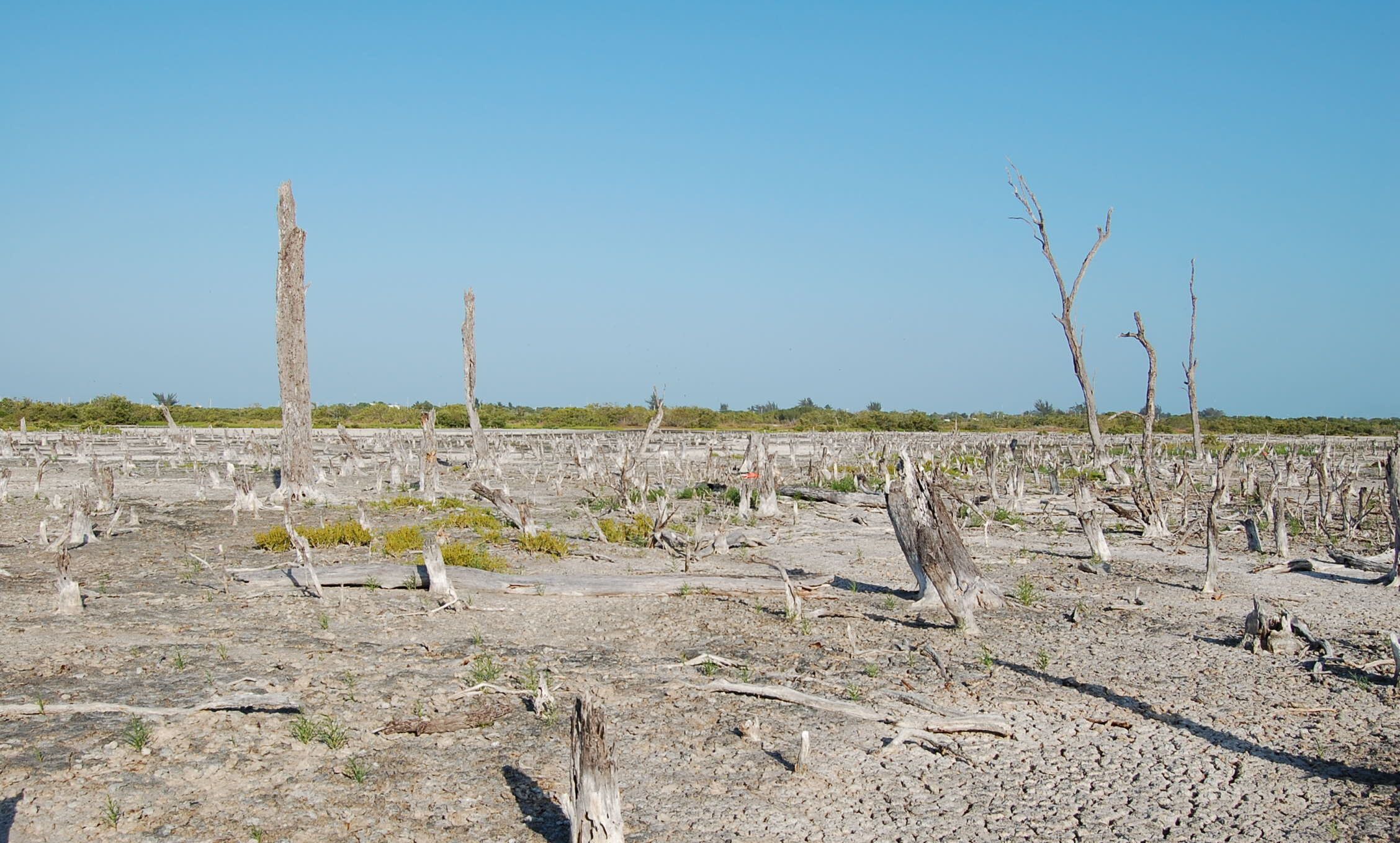 The chronicles of previous civilizations show that the coastal and marine ecosystems of Central America and the Caribbean have been resisting the battering of hurricanes, droughts, ocean heat and floods for centuries. We can see then, that after an impact, these ecosystems have the capacity to recover their biodiversity and ecosystem services and are resilient.

The questions that CORESCAM aims to answer are:

Are extreme weather events something new?

The coastal and marine ecosystems of this region have been resisting the battering of extreme events for centuries and it is not new for its inhabitants. What is new is the intensity and frequency with which they have been occurring since the 80s.

Written chronicles remind us how the mysterious fall of the Mayan Empire in the 9th century was due to 30 years of continuous drought or how, since the 16th century, the Spanish Crown used navigation calendars to avoid the violence of the hurricanes in the North Atlantic and the West Pacific from June to September by La Flota de Indias (Mexico-Spain) and El Galeón Manila (Mexico-Philippines).

We therefore know that these ecosystems are capable of recovering their biodiversity and ecosystem services after such disturbances. However, some ecosystems are beginning to lose this ability…

The frequency and intensity have been increasing since the 80s.

In 2020 the situation was exceptional with 30 tropical storms, 13 hurricanes and 6 major hurricanes.

The social consequences of the increment of extreme events in Central America and the Caribbean are extremely important. On the one hand, it alters the livelihoods of vulnerable coastal communities, such as artisanal fisheries. It also has consequences on the less vulnerable sectors such as tourism, that count as a high percentage of the countries’ GDP, and in parts of the Caribbean can reach up to 30% of the national contribution.

On the other hand, the caravans of environmental migrants moving towards the USA have increased, for example, those of 2018 and 2021 were both relevant. Both were provoked by the mega-hurricane seasons of 2017 and 2020, combined with the droughts caused by the phenomenon El Niño (2015 and 2019) that severely affected crops. The result of these highly vulnerable socio-economic contexts are migratory movements, with no signs of slowing down in the foreseeable future.