Despite being in the tropics and having defined rainy seasons from approximately April to May, the Caribbean region (Mesoamerica and the Antilles Islands) is a space where conditions for severe water stress exist for three main reasons:

The scenic beauty of Barbuda Island has reverted to an excessive urban development that endangers both the balance of the island’s natural environment and its biological species. In addition to the drought, the island is frequently hit by hurricanes, and was severely affected by Hurricane María in 2017. Source: Sean Pavone. 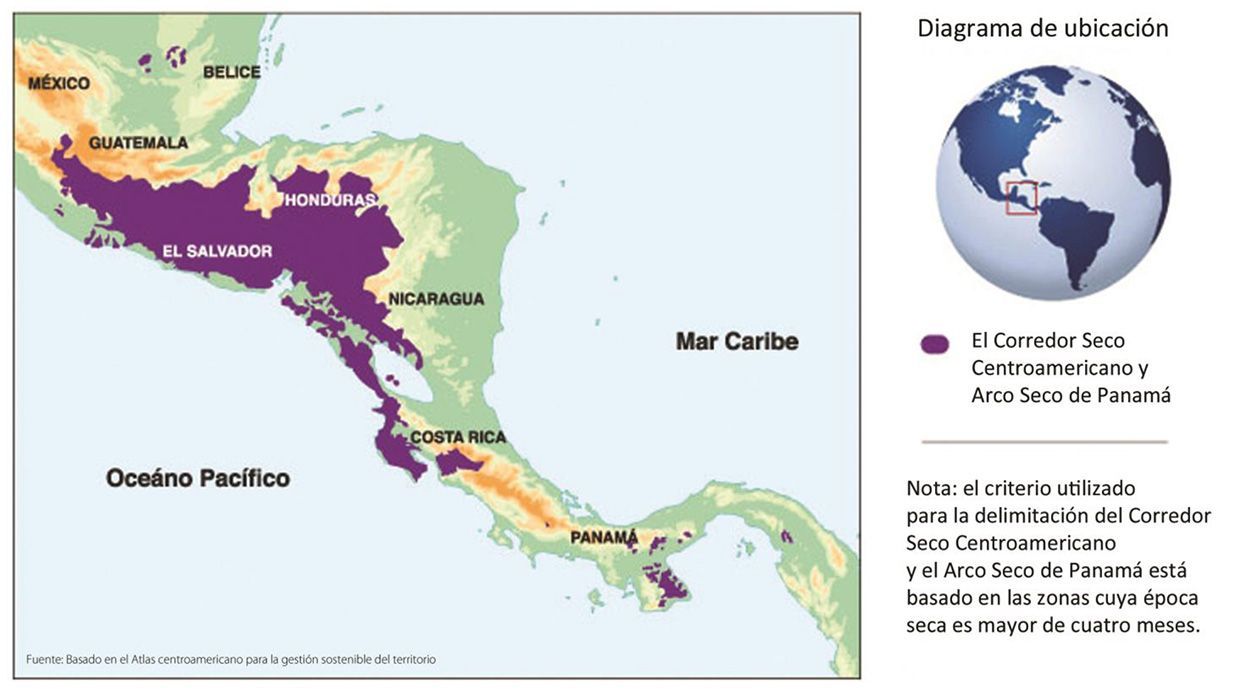 Note in the image: the criteria used to delimit the Central American Dry Corridor and the Dry Arc of Panama is based on the zones in which the drought lasts over four months. 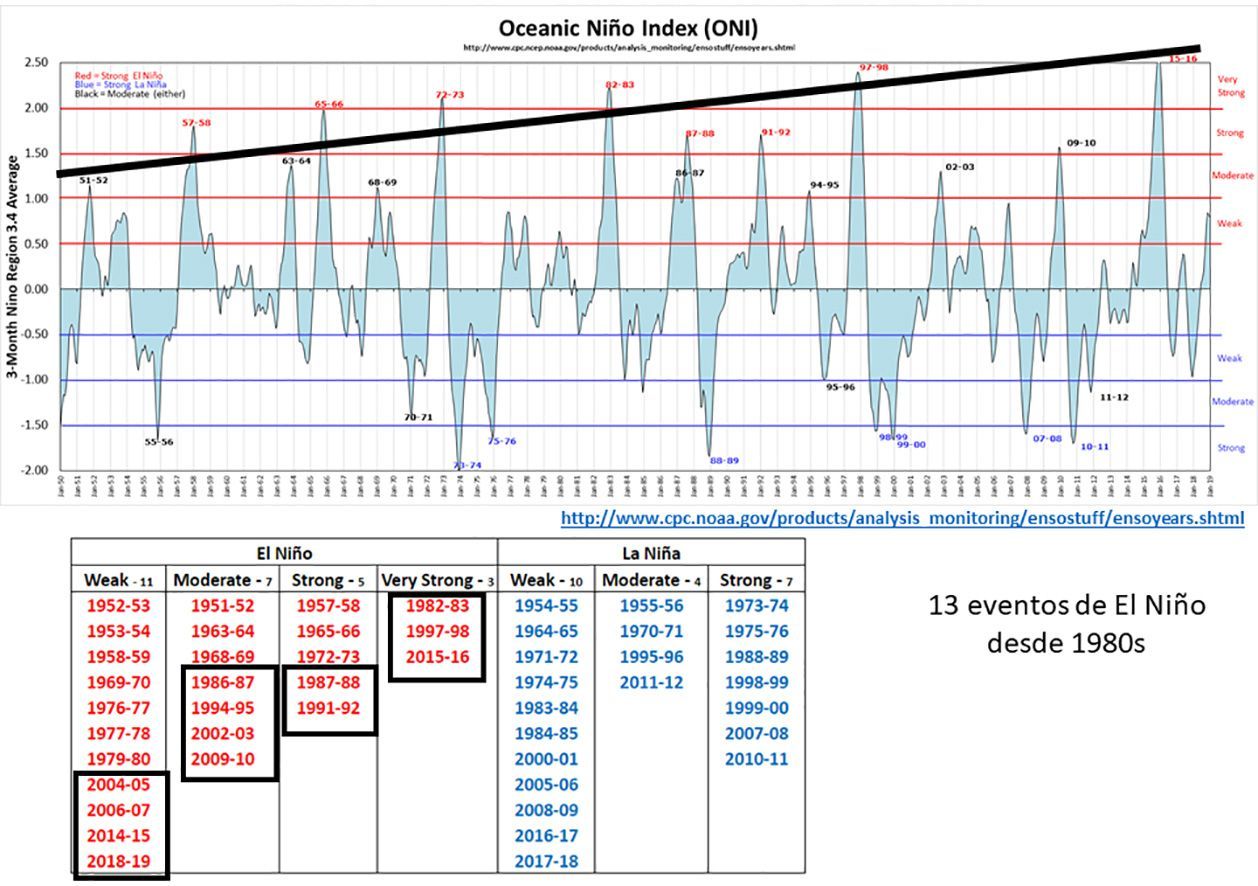 Intensity of the el Niño events according to the ONI Index. Source: https://ggweather.com/enso/oni.htm

In addition to the impacts caused by drought (prolonged or specific years of El Niño or AMO/NAO), many regions of the Caribbean are simultaneously affected by hurricanes and floods that are entailed. This multitude of overlapped extreme events exceeds the response capacity of many Governments of the region and provokes mass exodus of persons looking for opportunity in the future. Mass Migrations from the Central American Dry Corridor took place after the drought of el Niño phenomenon in the years 2015-2016 and 2018-2019, followed by the mega-hurricane seasons of 2017 and 2020.