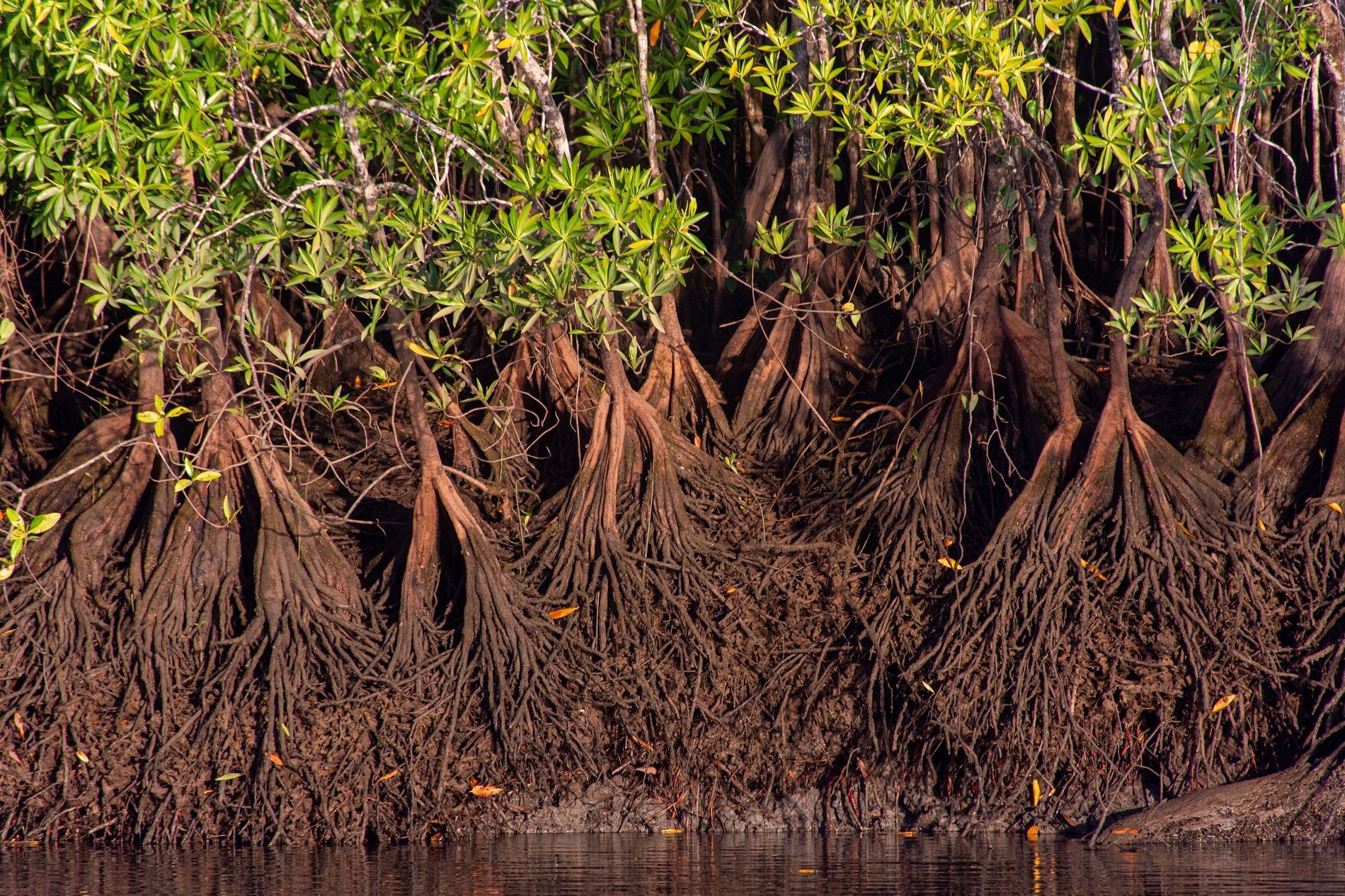 The coastal areas with mangroves are protected from erosion, from surges, and have the capacity to mitigate the impact of the severe storms and hurricanes. 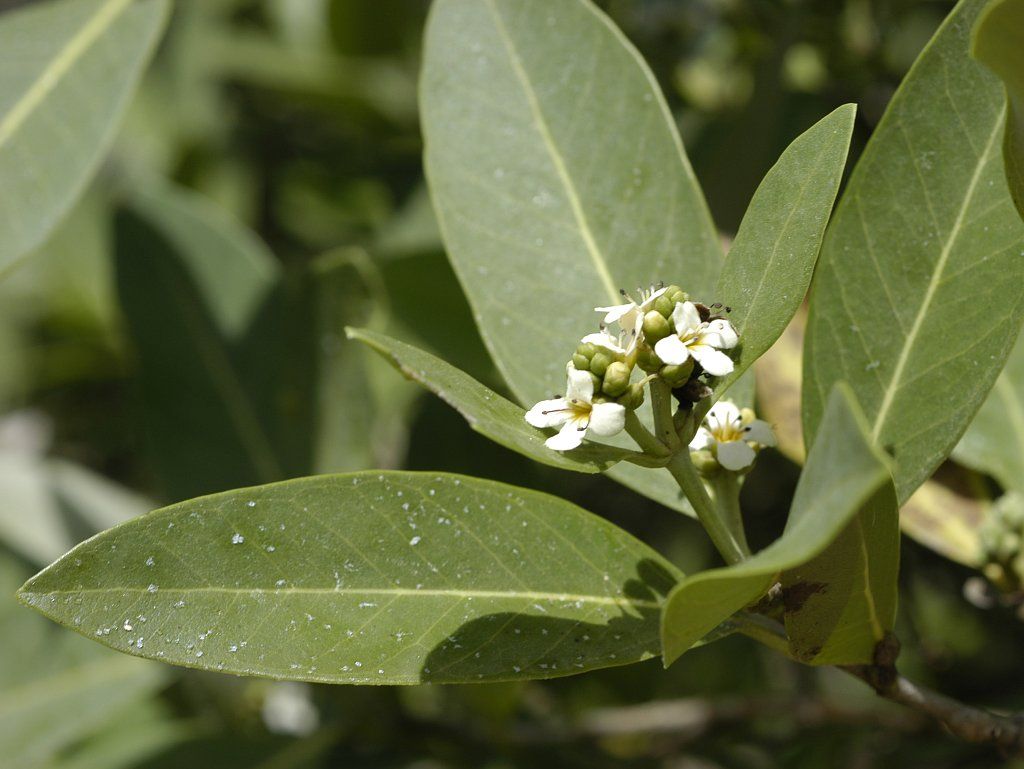 The mangrove species have a high salinity tolerance. There are 5 species identified in The Carribean and Central America, distributed along the coastline, towards the land according to their degree of tolerance 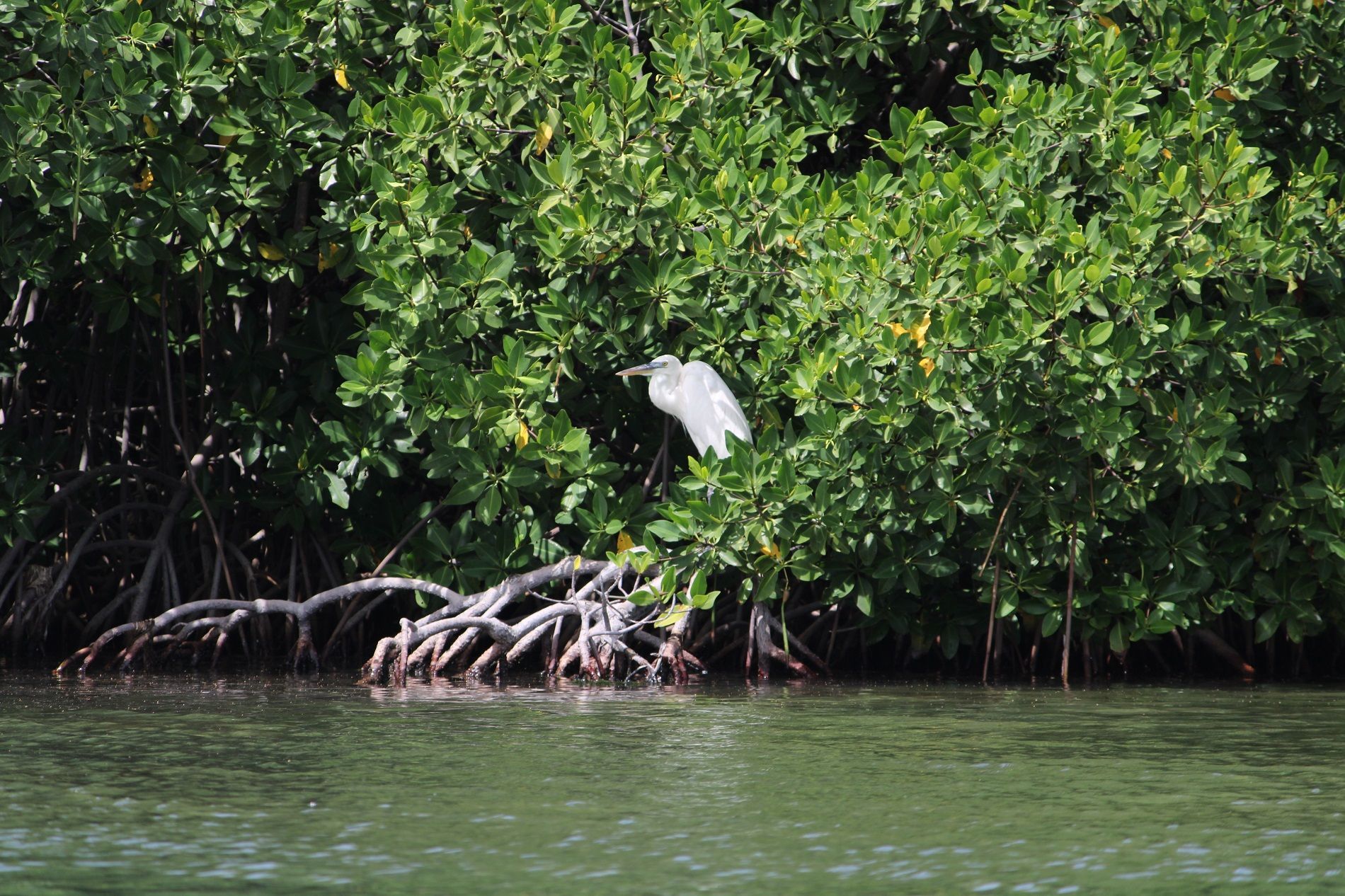 The mangroves purify and filter the water, facilitating the cycle of nutrients in the ecosystem.

Mangroves are coastal flood forests that inhabit the tropics and subtropics (latitudes 20º N – 20º S, between the Tropics of Cancer and Capricorn). These forests are always along the coast, very close to the sea, and are made up of highly specialized trees and shrubs that are capable of resisting daily floods from tides and of resisting the salinity of the sea, which is toxic for many other trees.

Mangroves, apart from sea water, also need to receive a source of fresh water. This is the reason for the proximity to rivers or streams. They are considered “amphibian” ecosystems as they have one foot on land and the other in the sea.

Owing to their proximity to the sea, mangroves and other coastal wetlands, such as seagrass beds and marshlands, are known as blue carbon ecosystems. These blue carbon ecosystems are characterized by having a very rapid growth (faster than tropical forests) and by accumulating a large amount of biomass in the soil, since the organic matter of the soil remains flooded and does not decompose due to lack of oxygen.

It is estimated that, originally, about 75% of the coasts of the tropics had mangroves among their vegetation. The diversity of species in these forests is reduced, as only a few can survive the lack of oxygen due to flooding and high salinity.

The most common mangrove species in the Caribbean

Its name is owing to the red color of the inner root tissue. This species colonizes very well and is of quick growth, being able to take root in unstable soils. The roots trap sediment and facilitate the building up of new soil around them.

This species has one of the highest tolerances to salinity: in hypersaline soils it can modify its physiognomic structure, forming shrubs or bushes; it has pneumatophores, roots that grow vertically above ground, allowing it to exchange gas and breathe air; it also strengthens the soils. The black mangrove has the ability to excrete excess salt through its leaves making it known as “mangle salado” (salty mangrove in Spanish).

The White Mangrove may be found in tide affected areas, along with the two previously mentioned species of mangrove. It tolerates salinity of 0 to 45 practical salinity units (PSU), with a flood frequency lower than the red mangrove and higher than the black mangrove, in addition to a more stable soil substrate. Like the black mangrove, it has pneumatophores, although of lesser quantity. Its leaf is oval in shape and it has secretory glands that are located in the petiole. Salt accumulates in these glands.

In Mesoamerica and the Caribbean however, there are also two other mangrove species found on land, with less marine flooding:

This species is found along the Atlantic coast of Honduras and the Pacific coast from Costa Rica to Ecuador. It is also known (in Spanish) as the Mangle Piñuelo or Mangle Zaragoza.

This is the last mangrove found in order from the sea to the land. It is normally in dry areas, out of tidal influence. This mangrove grows best where salinity and soils are more stable. Its leaves tend to be smaller than the other mangroves. Its name comes from the shape of its seed, which looks like a button.

As a natural resource, mangroves have a very important economic and ecological role. They offer green infrastructure as protectors of the coastline against storms, hurricanes, and storm surges. One way that they combat rising sea levels by trapping sediments that would otherwise be carried away by streams and sea currents.

Mangroves provide a highly coveted habitat for shorebirds, protect other aquatic organisms such as algae and crustaceans, and serve as a nursery for various species of fish from nearby reefs. On the other hand, because they are fast-growing ecosystems with a large accumulation of carbon in the soil, they are essential to mitigate climate change (capturing CO2 from the atmosphere by photosynthesis and storing it for thousands of years as carbon). Carbon in mangrove soil in Latin America has been accumulating since the Holocene period, that is, for 12,000 years.

What damage do mangroves suffer?

As wetlands, and due to their coastal location, mangroves have always been considered barren spaces, available for removal and to build coastal infrastructures such as marinas, roads, or hotels. That, and the fact that it occupies a relatively small area, is why its deforestation rates are the highest among tropical forests.

Mangroves are therefore one of the most threatened ecosystems in the tropics. In the Asian tropics, mangroves are also removed for the installation of shrimp farms and commercial fish farms, or for the plantation of palm oil.

It is estimated that 50% of the tropical mangroves have already been deforested and that, at the current rate, their conservation is at risk. Their destruction not only eliminates coastal protection and a coastal supply of biodiversity and food, but also results in an enormous amount of emissions that come with the decomposition of organic matter in the form of methane, carbon dioxide and nitrous oxide.

This organic matter had accumulated since the Holocene, and its greenhouse gas emissions contribute enormously to the warming of the planet, because they are additional. They are known as carbon pumps, as, even if the degraded mangroves are restored, the carbon lost from the soil cannot be recovered.